To share your memory on the wall of Thomas Miller, sign in using one of the following options:

Thomas was born on Monday, August 16, 1948 in Jonesville, LA and passed from this life Thursday, November 05, 2020 in Harrisonburg, LA. He was generous and loved his job and work family. He loved the outdoors, fishing and hunting. He cherished his wife of 53 years with many ups and downs their love stood the test of time. He loved his children and grands and great grands, which showed with each nick name he called them and their hunting and fishing trips. He was excited to dedicate his life to God in his last days and wants others to know it’s never too late to live for God.

Receive notifications about information and event scheduling for Thomas

We encourage you to share your most beloved memories of Thomas here, so that the family and other loved ones can always see it. You can upload cherished photographs, or share your favorite stories, and can even comment on those shared by others.

Posted Nov 06, 2020 at 04:57pm
Bobby, our thoughts and prayers are with you and your family. We are in hopes you find some peace and comfort in these challenging times.

5 trees were planted in the memory of Thomas Miller

Posted Nov 07, 2020 at 10:47pm
Kee Kee, and family,
I was so sorry to hear about Tommy. I know how much he loved y’all, and how much you will miss him.
Love to all,
Linda Joyce
Comment Share
Share via:
CF

Posted Nov 06, 2020 at 02:40pm
Doris and family. I am just so saddened to hear about Tommy passing. I have such fond memories or jobs with you all as well as just good visits. You all were so good to Bret and I and we cherished your friendship. Loss is hard and grief is rough at best but always remember the laughter, orneriness and love that sweet man brought into your life. When I see a field of yellow flowers (weeds) I always think of Tommy bring you those “yeller tops”! Love you all!!!
Comment Share
Share via:
CM

Posted Nov 06, 2020 at 11:09am
Doris and all of Tommy's family,
It was a pleasure and privilege to have k own and worked with Tommy. We had many good experiences down through the years. He was a good man and will always be remembered as such. God bless and keep all of you through these trying times. Our prayers are with you.
Chuck and Jeri McCall
Comment Share
Share via: 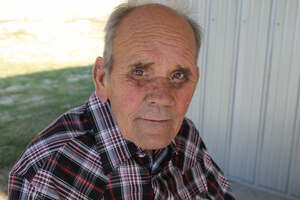