To share your memory on the wall of Juanita Mose, sign in using one of the following options:

Private services will be held at a later date.
Read Less

Receive notifications about information and event scheduling for Juanita

We encourage you to share your most beloved memories of Juanita here, so that the family and other loved ones can always see it. You can upload cherished photographs, or share your favorite stories, and can even comment on those shared by others.

Posted Mar 31, 2021 at 02:56pm
Sister, you have your wings now. Our Lord was ready to welcome you home. Rest in peace. You will always be remembered. I will always love you.
Ricky Sypert
Comment Share
Share via:
CJ

Posted Mar 22, 2021 at 11:43am
My dear sister we overcame many obstacles yet we made it. Rest in peace and celebrate loved ones gone before you. I will truely miss you, but you have gone to a better place. Your hard work on earth is done. Love "Clanky"
Comment Share
Share via: 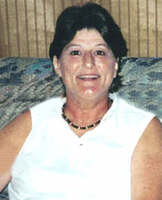