To share your memory on the wall of Carranell Artigue, sign in using one of the following options:

Carranell Alexander Artigue, 64, passed away Wednesday, December 9, 2020 at Mercy Hospital, Ardmore, OK. Before all, Carranell enjoyed being a grandmother first. Besides spending time with family and friends, her time was spent watching the Saints, swimming and completing puzzle games. She put forth her passion to care for others daily at work and at home. Carranell’s selflessness and bright personality touched the lives of many and is how she will be remembered by all she encountered.

Receive notifications about information and event scheduling for Carranell

We encourage you to share your most beloved memories of Carranell here, so that the family and other loved ones can always see it. You can upload cherished photographs, or share your favorite stories, and can even comment on those shared by others.

Posted Dec 15, 2020 at 07:42am
Carranell was one of the most caring people. I met her through my parents. She took such great care of them. She was a lovely lady and I will forever be grateful. We used to talk about her favourite team the LSU tigers. May her family know that my thoughts and prayers are with them as they walk through this time. May you know how blessed I was to know Carranell. May you find peace and comfort. God Bless You! Susan Sparks Watt
Comment Share
Share via:
MA

Posted Dec 14, 2020 at 11:36pm
So sorry of your loss, she was a very upbeat, caring person, always smiling, we loved her dearly RIP Sweet Pea
Comment Share
Share via: 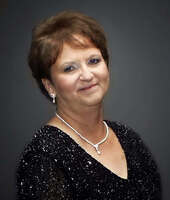 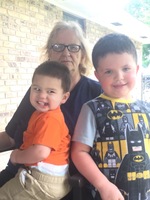